COP27 comes to an end: What next for the VCM? 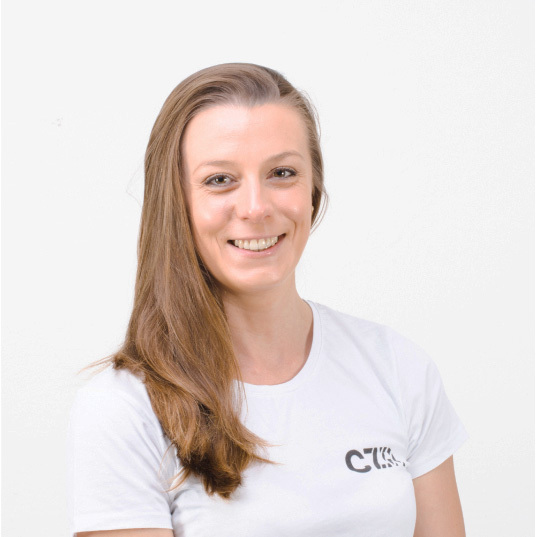 COP27 finally came to a conclusion, after delays to negotiations, when parties adopted a deal in the early hours of the morning on Sunday. While coming together on the creation of a Loss & Damage fund as a starting point to channel much needed finance for climate change adaptation to the most vulnerable countries, feelings on the ground were that little additional progress has been made on limiting global emissions essential to climate change mitigation.

The final outcome included further progress on Article 6. Despite some key points of disagreements, these negotiations were, somewhat surprisingly, one of the less contentious arenas over the past two weeks.

Article 6.2, the mechanism that enables the trading of carbon credits between countries to be counted toward NDCs, is already operational but negotiators continued discussions on this front. The main point of contention was around authorizations. Some countries pushed for the right to revoke authorisations, which would put at risk bilateral deals that are already in progress.

Article 6.4, the mechanism replacing the Clean Development Mechanism (CDM), won’t come into play until governing guidelines are in place, but negotiations are under time pressure given its informal start-up date at the end of 2023. Discussions on this front became very technical and focused on how to operationalize this mechanism’s registry and transfer CDM credits.

The feeling on the ground is that we won’t have a firm agreement on the rules under which carbon credits are to be traded under Article 6 until the end of 2023, with International Emission Trading Association President, Dirk Forrister, noting a focus on “infrastructure and integrity measures”. While we await further progress over the next year ahead of COP28, here are our 5 key takeaways for the VCM.‍

Overcoming uncertainty in the VCM to boost climate finance

The world is drastically behind on climate action: emissions continue to rise, rather than reducing to the levels needed to keep global warming within 1.5 degree celsius. It was made clear that public finance will not be sufficient to reach net zero by 2050. Significant sums of private capital will be required, and the VCM is one vehicle for such funding. On the ground, there was a clear message that international negotiations and regulatory clarity will take time, time that we cannot afford to let hinder investments, and that the private sector should leverage the VCM swiftly.

Indeed, although Article 6 is intended to provide reliable guidance to the market, ongoing negotiations mean that some uncertainty around the VCM will remain for some time.  It seems that almost every country is thinking differently about how to regulate the carbon markets, with particular struggles on the topics of defining a ‘quality’ carbon credit and standardizing reporting mechanisms.

In the short term, it is expected that the governments of countries hosting carbon credit issuing projects will expect closer collaboration with and reporting from project developers. Longer term, governments may start to take different approaches to regulating and taxing activities being carried out through the VCM.

Only time will tell how this landscape evolves. This means that buy-side, sell-side and intermediaries in the VCM will need to get to grips with handling this uncertainty and being agile when it comes to change.

Some clarity on corresponding adjustments

Corresponding adjustments, and how they might apply to companies using carbon credits from the VCM, was a point of confusion following COP26. This concept refers to the transfer of the emissions reduction associated with a carbon credit from one country’s NDC inventory to another’s NDC inventory.

Clarifications at this year’s COP suggest that corresponding adjustments will not apply to companies. Rather, when a company purchases and retires a carbon credit, the emissions reduction associated with that carbon credit will still count to the issuing project’s national NDC. No double counting will occur as the emissions reduction will not be further reflected in the NDC inventory of the purchasing company’s host country.

Nonetheless, there are still discussions to be had about the possibility of a company buying a carbon credit with a corresponding adjustment such that the emissions reduction can be transferred from the issuing project’s national NDC if so desired.

Net Zero guidelines to crack down on greenwashers

Throughout Article 6 negotiations there was considerable emphasis on stakeholder transparency and expectations with a call for experts across related areas of accreditation, methodologies and climate policies soon to be launched.

The UN’s High Level Expert Group on Net Zero Commitments of Non-State Entities (HLEG) published its first report, and ISO released its Net Zero Guidelines, providing recommendations and principles on how to set and achieve net zero aligned targets. These recommendations recognize the contribution that the VCM can make in accelerating climate action, but emphasize the need for full disclosure of carbon credits purchased and retired.

The publication of these guidelines now provides a basis for companies to transparently engage with the VCM. It also provides a framework against which companies can be scrutinized and held accountable.

This positive progress is reflected in COP27’s focus on demand side integrity of the VCM, but considerable strides are still to be made when it comes to supply side integrity, which warrants an injection of scientific rigor into carbon credit registration and MRV methodologies.

Collaboration and co-benefits are essential

Many developing countries are racing to access climate financing for mitigation outcomes via Article 6. Many who have historically issued large volumes of credits, have already set up project registries and other infrastructure to manage such transactions. However, others that plan to join the VCM as carbon credit producers are facing a capacity barrier, largely associated with the difficulty of matching local talent to the high requirements of project management for verified carbon credits. Developed countries should support developing countries in capacity building for successful growth in carbon credit supply to contribute to global emissions reductions.

When it comes to scaling nature-based solutions, institutional investors and environmental activists and NGOs need to work together. Despite progress on collaboration, language barriers still seem to be a major hindrance to progress. Both parties bring unique skills, resources and perspectives urgently needed to accelerate climate action — finance and impact need to intensify by learning from each other.

The venue of COP27 being in Egypt really gave perspective on the vast gap between different stakeholders often lost in the glass-and-steel technological carbon dioxide removal (CDR) space. At the presentation of new removal technologies, one guest mentioned that this was the biggest waste of energy he ever saw, noting that many people in his home do not have reliable grid connectivity. While CDR is essential to achieving net zero, we must put related technologies into context and how vast the gap is between different stakeholders.

Across the board, climate action requires engagement of diverse voices and skill sets as well as inclusive activities and outcomes. Empowering women is a key element to this, particularly as many of the jobs created through cleantech and co-benefits associated with carbon credits go to men. Significant policy changes, including awareness and sensitivity of carbon credit project developers, will be required to ensure that climate action is equitably beneficial.

Beyond climate change mitigation, there was an increasing emphasis on the need for climate change adaptation financing reflected in the establishment of the Loss & Damage fund. Meanwhile, the 10 New Insights in Climate Science highlighted the current limitations of humankind to adapt to the impacts of climate change. These developments indirectly emphasize the importance of the VCM in channeling climate finance where it’s most needed and the importance of carbon credit projects that not only generate high quality emissions reduction but do so alongside co-benefits that support communities most vulnerable to climate change.

Enablers have a big role to play

As international negotiations and regulatory clarity take time to evolve, it is clear that internal and external enablers, both governmental and non-governmental, have a significant role to play in bolstering the effectiveness of the VCM.

At a strategic level, the Three Cairns Group and Bloomberg Philanthropies announced the Global Carbon Trust (GCT) and Carbon Storage Governing Council. These initiatives will drive innovation and transparency to provide the infrastructure needed to scale the VCM. Specifically, these initiatives aim to provide governance, increase the supply of credible projects, and facilitate the creation of standardized financial contracts to incentivize market participation.

Collaborative efforts with a focus on investing in projects in particularly challenging emissions reduction areas are emerging. For instance, over 150 countries signed the Global Methane Pledge, committing to voluntary collaborative actions to reduce methane 30% by 2030. Despite methane contributing to about half the global warming occurring to-date, many projects focus on reducing CO2 emissions. This initiative will target investments into methane emissions reduction in the energy, agriculture and land use and waste sectors.

In a similar vein, a multi-country collaboration on a CDR Launchpad was announced. The goal of this project is to increase the number of pilot tests 10-fold within the next three years and to grow full-scale commercial CDR demonstrations 12-fold in six years. The US alone has pledged to invest $3.5 billion into such projects. Furthermore a group of Web3 companies have launched a platform to invest in emissions reductions projects to offset the historical emissions of Ethereum, the world’s second largest blockchain developer.

On the intermediary front, big tech is increasingly discovering and enabling supply. Following a move by Salesforce into the VCM with a trading platform, Microsoft is now entering into restricted testing of supplier tooling and ESG, leveraging their experience from efforts to remove carbon through tooling to build trust in the markets

On channeling climate finance to where it’s needed most, US climate envoy John Kerry formally unveiled the Energy Transition Accelerator, a partnership with the Rockefeller Foundation and the Bezos Earth Fund. This initiative aims to support the energy transition in developing countries by facilitating flow of funding through carbon credits.

The new Africa Carbon Markets Initiative (ACMI) was also inaugurated. The ACMI roadmap identifies 13 action programs to dramatically expand Africa’s participation in the VCM. By 2050, this initiative aims to have supported the production of 1.5 billion annual carbon credits annually, created some 110 million jobs and unlocked 120 billion in revenue to be distributed equitably to local communities.